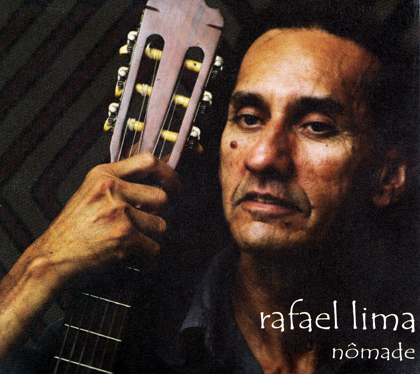 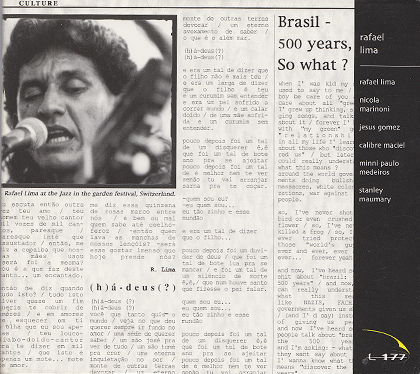 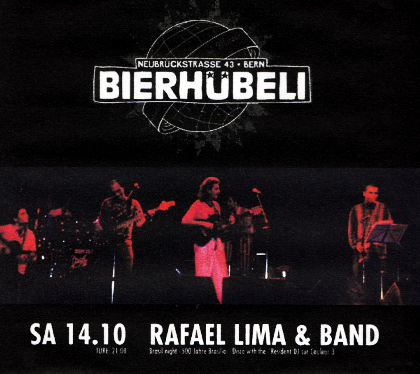 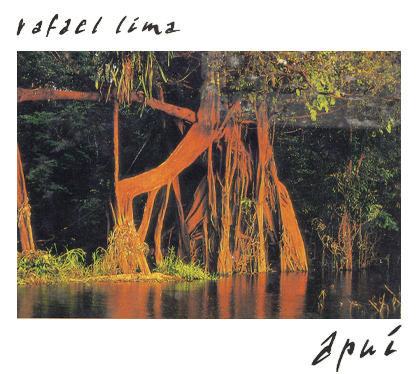 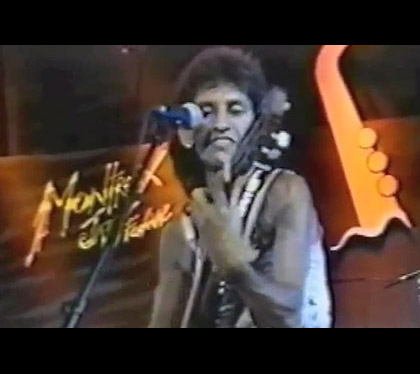 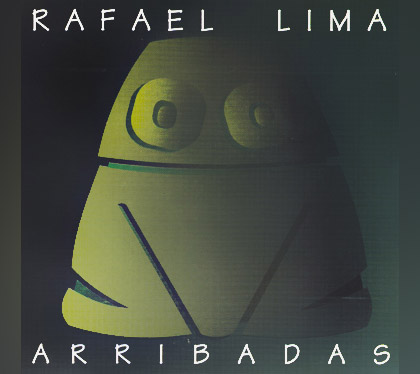 born in belém, amazônia, rafael lima began his work in theatre as an actor and singer in 1974 and since then has never stopped, performing by his own or with his musicians in brasil, europe and canada. with a basic sound derived from the amazonic drums, rafael lima travels through the rhythmic mosaic of lundu, samba de cacete, carimbo, all arranged with innovative brushstrokes of jazz, rock and samba, in a highly contagious concoction. as he sumes it up, it all brings together the amazon jungle's energy, the indian of the caboclos and the region's balladeers.

now, rafael lima is working with a courageous project that brings to the amazon all the spirit of the contemporaneous music mixed with the regional culture: jacofest, an international jazz-fuzion music festival that put both music - local and international - just on the same stage. he saw also the necessity of a huge poor and troubled population and started to work with deprived children from the neighborhood, teaching them to sing and play guitar, using music as a mean of social inclusion. rafael lima has also worked with native amazon indians, always trying to find the identity of all cultures through the way of music. on the same stage, local and international artists show their rich and misterious music to the surprised public of jacofest.